Healthy Pets Go to the Vet

Cat lovers beware— a scratch or bite due to rough play with your favorite feline or getting friendly with a stray can result in more than a simple flesh wound. Cats can transmit several zoonotic diseases to humans, making us ill and sometimes requiring medical treatment. One of the most common conditions is commonly known as "cat scratch disease" and is transmitted by Bartonella bacteria.

Zoonoses are infectious diseases that can be transmitted from one animal species to another. Cats can spread diseases to humans through saliva or excrement or the vector can be carried on the fur or claws. Bartonella are carried by fleas and infects their saliva and feces. The bacteria are left behind on the cat's fur and claws and also enter the cat's body via flea bites.

Cats ingest the bacteria when they groom themselves. When an infected cat scratches or bites a human, bacteria transfer from cats' claws or saliva to the human and enter the bloodstream if the wound breaks the surface of the skin. Sometimes cats can pass Bartonella by licking an exposed wound or sore on a person without biting or scratching them.

An estimated 4 out of 10 are infected with Bartonella henselae. However, cats rarely show any symptoms of the infection. Flea-infested kittens are most likely to harbor these bacteria and pass them on to humans while honing their predatory skills during play. In cases of a severe Bartonella infection or a cat with a compromised immune system, the bacteria can cause inflammation of internal organs, including the heart. Their humans may notice symptoms such as decreased appetite, swollen lymph nodes, vomiting and red eyes. Symptoms usually resolve in a few days but the infection can persist for months.

Symptoms of Bartonella henselae in Humans

Humans begin to exhibit symptoms of cat scratch infection 3 days to 2 weeks after exposure. The wound will become red and swollen and sometimes filled with pus. Along with inflammation at the site of contact, other symptoms include fever, headache and swollen, painful lymph nodes. People may also feel fatigued and unwell.

Preventing the Spread of Disease

The most direct way to prevent cat scratch disease is to avoid being bitten, scratched or licked by cats and to wash hands after petting a cat. Humans can protect their kitties from infection by treating them and their homes for fleas. Keeping cats indoors will lessen the risk of your cat getting fleas from other animals.

To learn more about pet wellness, reach out to a veterinarian near you. 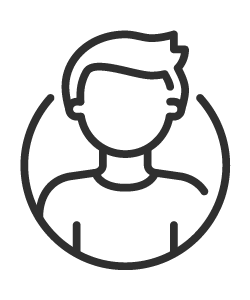 Your dog or cat cannot drive themselves to the vet — it's your responsibility to take them. Once in the office, your vet will do the hard work of assessing your pet, running the necessary blood tests and administering x-rays to see what is wrong. As you wait, you might wish you knew more about what's wrong with your furry companion and how the vet will fix it. That's why we compiled this website. We know you have questions about vet care, and you'll find many of the answers in our articles. From vaccines to flea treatments, we have you covered when it comes to healthy pet info.